How Do Bamboos Reproduce? - Bamboo Bootcamp

How Do Bamboos Reproduce? 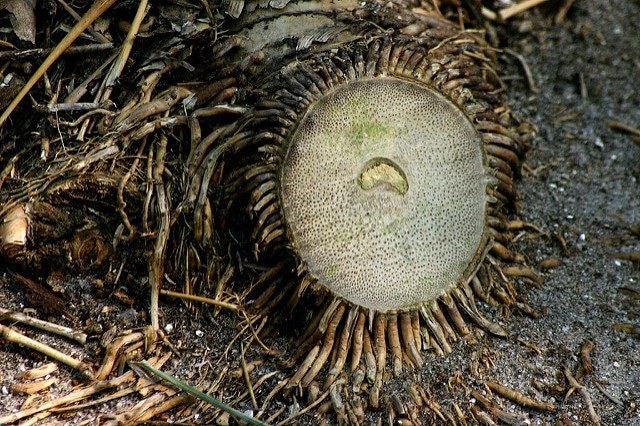 There are more than 1,400 species of bamboo placed in 115 genera which vary greatly between them.

With so many different species, please keep in mind that this article contains broad generalizations and not all details will be the same for all bamboos.

There are two ways bamboos reproduce. Most reproduction happens through rhizomes that spread underground and grow new shoots. The other way is through flowering and producing seeds.

The type of rhizome of every bamboo species is fixed and determines the distribution of bamboo stems above ground.

Bamboos usually have a life cycle of around 40 to 80 years, varying among species. Normally, new bamboos grow up from bamboo shoots at the roots.

Most species do blossom as well but that happens at infrequent intervals. After blossom, flowers produce fruit. It`s often called “bamboo rice” in parts of India and China. Then, the bamboo forest dies out and the death of bamboos occurs in a large area.

The mass flowering and fruiting have direct economic and ecological consequences. The sudden increase in available fruit in the forests causes a boom in rodent populations, leading to increases in disease and famine in nearby human communities. Because of this in many Asian cultures, bamboo flowering is seen as a bad omen.

There is saying by Mizo people in north-east India, “When the bamboo flowers, famine, death, and destruction will soon follow.”

While 40 to 80 years is a more typical time, many bamboo species flower at intervals as long as 65 or 120 years. These species exhibit mass flowering, with all plants in a particular cohort flowering over a several-year period.

What is interesting – any plant that`s derived through clonal propagation from this cohort will also flower regardless of whether it has been planted in a different location.

The longest mass flowering interval known is 130 years, for the species Phyllostachys bambusoides. In this species, all plants of the same stock flower at the same time, regardless of differences in geographic locations or climatic conditions, and then die.

Bamboo is classified as a grass and it expands its clumps through rhizomes. Rhizomes grow from other rhizomes and send new shoots up to the surface, and roots down into the ground. The shoots become new stalks, fed by the root system growing below the rhizomes.

The rhizomes are intertwined with the rhizomes from other shoots; they are all interconnected and interdependent.

The bamboo rhizome is the underground part of a bamboo stem. But the important detail is that rhizomes are not roots. Roots grow under the rhizome and culms erect on top of the rhizome.

Axillary buds on the rhizome can produce new rhizomes or bamboo shoots which grow into culms. Just like the culm, rhizomes have nodes and internodes.

When talking about bamboos we often talk about clumping and running species. These are the two general patterns for the growth of bamboo. These patterns depend on the way the rhizomes of the species behave.

Clumping bamboo species typically spread slowly and gradually, similar to ornamental grasses. Running bamboos, on the other hand, can spread widely underground before sending up new culms through the surface of the ground.

Running bamboo species vary a lot in their tendency to spread. It depends on several factors such as the species, the soil, and climate conditions. Some send out runners of several meters a year, while others tend to stay in the same general area for long periods.

If this simplistic explanation is not enough for you, let`s look a little deeper into the types of bamboos as classified by the way their rhizomes spread.

Monopodial bamboos or running bamboos have thin rhizomes which extend horizontally underground for long distances. Degenerated leaves and roots grow on the nodes of the rhizome, and there is one bud on every node. Some of the buds grow into new underground rhizomes, some grow into shoots and develop into stems. Bamboo stems of monopodial species grow in a scattered manner and can spread over a large distance.

There are 2 sub-types of sympodial bamboos; sympodial-tufted and sympodial-scattered bamboos.

Sympodial-tufted bamboos or clumping bamboos, have axillary buds on the stem base which develop directly into shoots and then grow into new stems. In the next year axillary buds on the stem base of new stems develop into new shoots and grow into new bamboo stems again, thus the propagation cycle is repeated and an underground rhizome system of mother bamboo and new stems is formed. Such underground rhizome system cannot extend for a long distance.

Sympodial-scattered bamboos or open clumpers have longer petioles, which form false rhizomes. These can easily extend into distances of 50 – 100 cm. That’s why new culms from these bamboo species grow in a scattered pattern.

Meanwhile, axillary buds on these new stem bases develop into shoots and form a dense bamboo brush. Such underground rhizomes incorporating the features of both monopodial and sympodial types are called mixpodial, or mixed brush.

Bamboos flower rarely and for many species –  at unpredictable intervals. The frequency of flowering varies greatly from species to species. Once flowering takes place, a plant declines and in most cases dies entirely.

When talking about bamboo flowering it is important to remember that we can’t generalize, because there are around 1400 species with different flowering habits and flowering intervals.

Because the flowering intervals of bamboo can be several decades apart, there is not much scientific evidence and study about why and when bamboo flowers.

However, a classification of 3 types of flowering in bamboo exists. It distinguishes between:

Continuous or annual flowering happens with most herbaceous bamboos and in some cases also with woody bamboos. Some species keep flowering every year without any effect on the plant itself, however the produced seeds are rarely viable.

Sporadic flowering in bamboo occurs only on individual stems (culms) of the same clump in a forest. There is very little pattern to this type of flowering and it is assumed that it may be induced by environmental factors such as drought or cold instead of genetics.

Severe attacks of pests or disease, injury, malnutrition, or long periods of prolonged droughts and floods correspond with the presence of flowering in grooves that were under these circumstances. Sporadic flowering can also occur when bamboo forests or plantations are heavily exploited.

Many species of bamboo may flourish both gregariously and sporadically. When sporadic flowering occurs on individual culms, the plants very rarely die but most of the seeds aren’t viable either.

Most woody bamboo species manifest gregarious flowering. It is a fascinating phenomenon where all plants of a particular species flower at the same time, regardless of differences in geographic locations or climate conditions, and then die a few years later.

Gregarious flowering cycles vary vastly depending on the species, they can be as long as 20 to 120 years.

When a certain bamboo species starts to flower gregariously, they do this all over the world for several years until entire forests have died.

Every bamboo forest contains culms in different stages of development, therefore this entire process can take around 3 to7 years until the forest has completely died.

Unlike sporadic flowering, gregarious flowering isn’t triggered by environmental aspects, that is why most scientists believe that there is some sort of “genetic alarm clock” in each bamboo cell that signals the diversion of all energy to flower production and the cessation of vegetative growth.