The Incredible Bamboo Plant – Fastest Growing Plant In The World 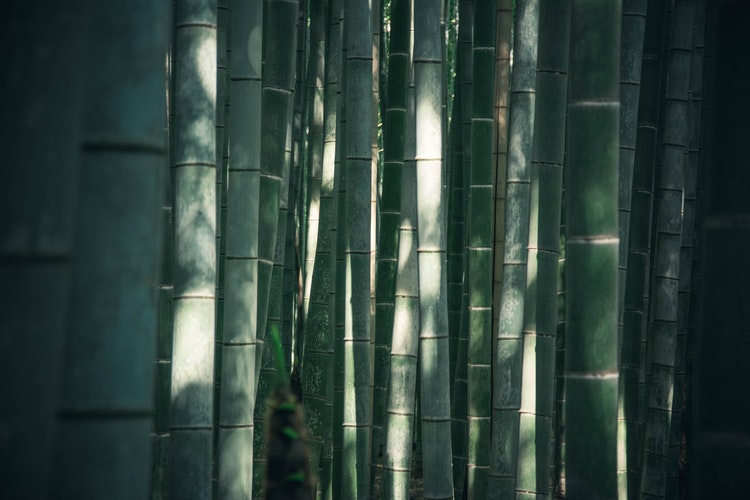 On this blog, it’s no secret that we love the bamboo plant; we talk about it all the time. This time, I thought that I would dive straight into what makes the bamboo plant so unique and special, from its crazy growth spurts – to its earth-healing abilities – to the numerous products it can be made into.

Are you ready to find out everything you ever wanted to know about this quasi-magical little plant? Good, because I’m dying to tell someone, and you’ll feel the same as I do by the end of this article.

Bamboo is a fast-growing grass with a hollow stem. It is native to many countries and most continents that have humid and tropical climates, including Asia (most notably China), Australia, sub-Saharan Africa, and South America.

There are over 1,400 species of bamboo around the world, and surprisingly, all members of the same species will flower at the same time, no matter what part of the world they are in. Some scientists attribute this to an evolutionary “alarm clock” because the plant will flower regardless of the environmental conditions it is put under.

The bamboo plant is widely used by humans in many ways, from making food to furniture to floors. However, it is also a big food source for many animals, like pandas (obviously), lemurs, gorillas, chimpanzees, elephants, and caterpillars. Some animals even get drunk from the fermented bamboo sap, and they behave in much the same way as humans do when drunk.

How does it grow?

Bamboo is one of the fastest-growing plants on the planet, with some species able to reach full maturity in just 90 days and most taking just a couple of years. One species of bamboo can actually grow a massive 35 inches per day (or 1.5 inches per hour). That’s a fact worthy of a Snapple cap.

How can bamboo grow that fast?

Bamboo plants create all the cells they need to grow when they’re still little buds. Unlike in animals, these cells don’t have to split apart while growing; they simply stretch out. The cells are filled with water and cause them to expand quickly, like a balloon on a faucet.

This is common for grasses, and it’s why you need to mow your lawn every week. But only trim back bushes every few months, and cut tree branches every couple of years.

Simply, a bamboo plant is kind of like a Slinky. It looks small when you first see it, but when you stretch it out, you’d be surprised how far it goes. Right kids?

Of course, bamboo isn’t the only plant that can shoot up in the blink of an eye. Check out this list of the fastest-growing plants on the planet. You might even want to use some of these in your garden for instant plantification!

The eco-friendliness of bamboo

Bamboo is one of the most eco-friendly materials on the planet, due to how it’s grown, the method of harvesting, and how it gets transported to your door. Some people are trying to play down the greenness of bamboo to suit their own ends, but we shouldn’t let them win.

Let’s look at some of the ways that bamboo is greener than grass. Get it? Because bamboo is a grass… never mind.

Bamboo plants can grow in infertile soil, which probably has some complicated scientific explanation, but it sounds like sorcery to me. When it grows in infertile soil, it provides farmers with an income (because they can now grow things where they previously couldn’t) and it repairs the land by making it fertile again.

How does it make the soil fertile again? The nutrient-rich leaves of the bamboo plant will drop off during growth or harvest and fall onto the ground below where they will decompose and transfer those nutrients into the soil. Magic!

You probably know that all plants serve as the lungs of the earth. They take in carbon dioxide and release oxygen during photosynthesis, and humans and animals can breathe easier. But you might not know that bamboo actually takes in 4 times more CO2 than your typical plant and thereby releases more oxygen.

Bamboo can even remove toxins from the earth. Phytoremediation, which sounds like a Harry Potter spell, is a process where bamboo removes lead and mercury from the earth and traps them inside its stalk. After the stalk is harvested, instead of dying and decomposing, the toxins remain inside the stalk where they pose no danger to humans.

Plus, bamboo is grown without pesticides, so there’s no spraying of chemicals that can be hazardous to human health, unlike other plants. Thanks, bamboo!

Do you know how people are always saying that trees take hundreds of years to grow into forests? Well, it turns out that trees take the better part of a century to mature enough to be cut down for use as lumber for tables, chairs, floorboards, etc. Do you know how long it takes bamboo plants to mature? 5 years. That means that the plants being harvested now were only planted or last cut down in 2013.

Side note: How is it possible that 2013 was five years ago? I swear, it was only last week.

Another way bamboo is incredibly eco-friendly is the way in which its harvested. For thousands of years, bamboo forests have been harvested by hand, meaning no heavily polluting feller kicking out CO2. It also creates a safer environment for the animals and plants that live near the bamboo because the farmers can spot them as they go along and take measures not to harm them.

Harvesting bamboo on a regular basis is extremely important for the local eco-system. Cutting down the super tall bamboo allows the sunlight to nourish smaller plants that would be otherwise hidden. Don’t forget that sunlight gives plants their food through photosynthesis.

The farmers even mark the bamboo plants with ribbons or spray paints, as seen in the photo below, to ensure that they harvest them at the optimum time for that plant. They don’t just plant and harvest entire sections at a time because that would heavily disrupt the local ecosystem, affecting plant diversity and disturbing animal habitats.

As mentioned above, bamboo is a grass. So, much like your lawn at home, it regenerates when the stalk is cut. It also means that when bamboo is harvested, the plant doesn’t need to be uprooted.

Other plants that do need to be uprooted (i.e. trees) will leave a massive hole in the earth that surrounding soil will fall into. This is not just unsightly, it’s also pretty dangerous for the surrounding area.

This will leave the land much less stable, and allow topsoil to be easily washed away during heavy rain or blown away by strong winds. This soil erosion is dangerous because it can contribute to decreased soil fertility, lower levels of water quality, and even mudslides.

Now, you’re probably wondering how eco-friendly bamboo can be if it has to be shipped all the way from China. That’s a fair point, but there’s a slight problem with that thinking. Almost everything sold in the US is made in China or another Asian country.

I wouldn’t be surprised if the finger painting that my nephew gave me for my birthday has a “Made in China” sticker on the back.

Even all-American hardwoods that are proudly grown in the US are sent to China for milling and manufacturing because it’s cheaper. That means double the shipping, which is the least eco-thing I’ve ever heard of. Thankfully, sending items via a container freight ship is the most eco-friendly method of shipping, but that still doesn’t mean you should do it more than you need to. 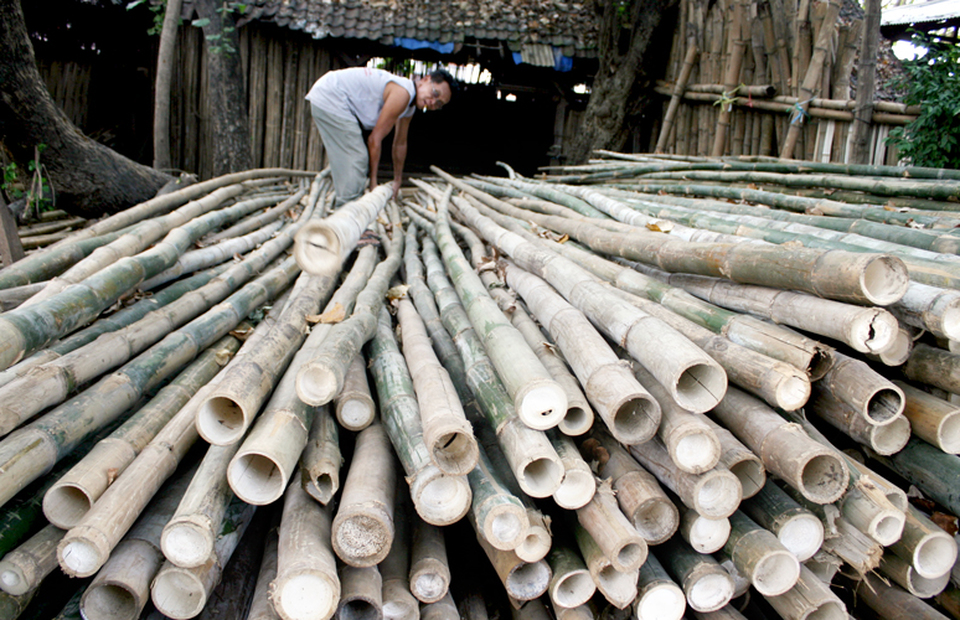 What is bamboo used for?

Industrious people in China and around the world have used bamboo for millennia to make items that would improve their lives. This is because bamboo is stronger than wood, brick, or concrete, has a higher tensile strength than steel, and is flexible enough for delicate work.

Actually, this is just the tip of the iceberg. Bamboo can literally be used to make anything that you could make from hardwoods. The only difference is that the bamboo goods would cost less and be more durable.

Moso bamboo, also known as hairy bamboo or tortoise-shell bamboo (or phyllostachys edulis for the science geeks), is native to China and Taiwan. It has also been naturalized elsewhere by travelers returning from the East, who recognized the huge advantages of the plant and wanted to bring them back to their countries. You can even find it growing in the USA as of 2016! When left to grow, these yellow and green canes can reach incredible heights, with a large canopy of feathery leaves that starts around 30 ft overhead. 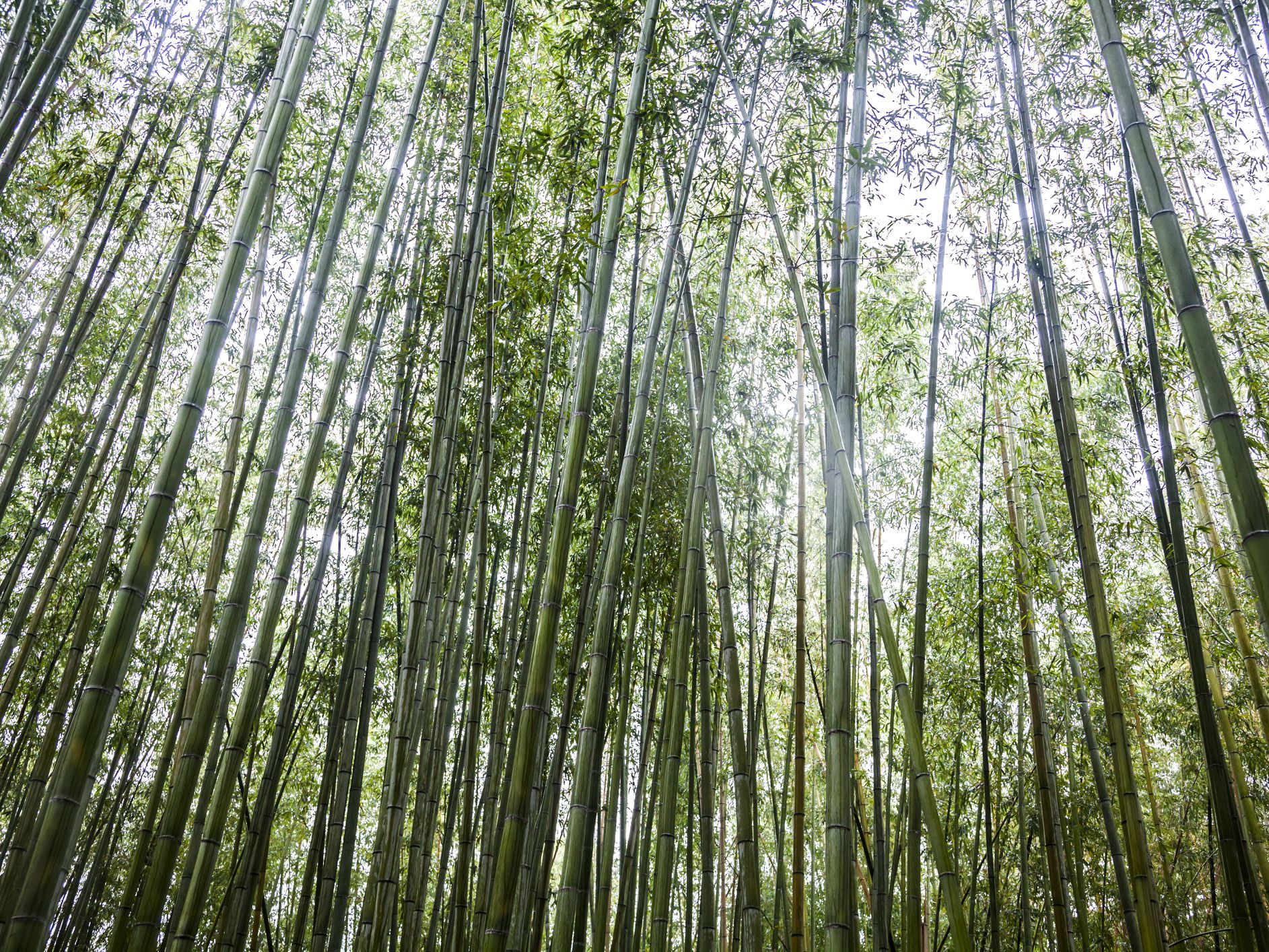 How is it used?

The most common uses for Moso bamboo, include:

How does it grow?

As with all species of bamboo, Moso grows fast and can quickly reach heights of over 90 ft.  And that’s not even in its native environment; imagine how fast it could have grown in China! Moso bamboo can spread through sexual reproduction… I mean, it’s pollinated by bees; get your head out of the gutter! But the most common type of reproduction for the Moso plant is asexual because it only flowers and seeds roughly once every 50 years.

Panda bears are beloved by most humans, so we would be right to rebuke anyone wanting to harm them. Not only are they adorable (see below picture for proof), but they’re also endangered. So the last thing anyone wants to do is take away their food source. Now, you probably already know that pandas only eat bamboo, and you’re thinking that regardless of the other benefits of bamboo, you don’t want to take the plant from the pandas. Well luckily, pandas don’t eat the Moso species of bamboo.

It could be that Moso doesn’t taste good, or it’s too far away, or maybe pandas are allergic to Moso. But whatever the reason, you can feel safe knowing that using Moso bamboo flooring isn’t going to hurt any panda bears. That about wraps up this blog on the incredible, almost magical, bamboo plant, and I’d like to hear from you in the comments below. What was the most surprising thing you learned in this piece? What burning questions do you have about bamboo? Let me know, and it might just be the subject of my next blog.